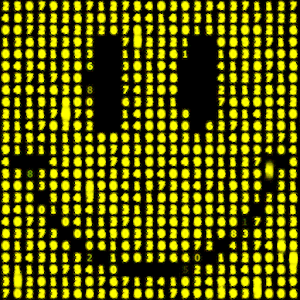 It’s been a long time since my last post, and I’m afraid it’s going to be quite awhile until the next one too, due to the need to once-and-for-all finish my first solo-authored book (started in my PhD days…!). But I wanted to write a short something to mark the new year, and also to reflect on a couple of digital things that actually relate to the book I’m finishing. That project is on the history of emotion and specifically sadness in Shakespeare’s time, and in many ways it’s a world apart from the ideas about Shakespeare and digital culture that I’ve been discussing on this blog over the last year. It has involved lots of archival work, dusty rare books, histories of medicine, and histories of religion — seemingly very different territory from this blog — but it’s also led me to read and think lots about why and how we feel things, and how different cultural, artistic, and indeed technological influence may shape how that process of feeling works.

Which is where the digital comes in. I haven’t written much at all about emotion and digital culture so far, but it’s something that’s been on my mind for a long time, from watching films like Her to seeing photographs of Banksy’s depiction of modern love to listening to St. Vincent’s most recent album on repeat. To pursue that last one in a bit more depth — like many people, one of my new year’s resolutions has been to get outside and get moving more, and over the past few weeks I’ve gotten back to a bit of running, and a bit of simultaneous music-listening in the process. I had already heard a few songs off St. Vincent on the radio and tv, but listening to an album with headphones on, while you’re doing something you don’t especially enjoy, has a special power to focus the mind.

What I hadn’t realized until recently is how much of the album is about life in a twenty-first-century digital world, and the kinds of emotions it leaves us with — or, as it happens, without. ‘Call the twenty-first century, tell her give us a break’, St. Vincent sings in the penultimate track, ‘Every Tear Disappears’. That song also begins with the title of this post: ‘Oh a smile is more than showing teeth’. It’s a lyric that caught my attention first and foremost because it inadvertently poses a challenge to one of the most influential, and yet contested, methods of studying emotion across different cultures — the recognition of facial expressions. Spearheaded by a man named Paul Ekman in the late 1960s, this method asks people from different parts of the world to identify emotion based on a set of photographs, and the resulting evidence has been used to make a case for what Ekman calls ‘basic’, or universal, emotions across cultures:

But without going too deep into the tangly history of the study of emotion, the other thing that this lyric from St. Vincent made me think about was how our experience of technology impacts on our sense of emotional identity and capability. The first single off the album, and as far as I’m aware the most successful track to date, is a song called ‘Digital Witness’. Featuring the repeated, tumbling refrain, ‘People turn the tv on it looks just like a window’, the playfully techno-critical song evokes for me elements of the Buggles’ 1979 hit, ‘Video Killed the Radio Star’. ‘Pictures came and broke your heart, we can’t rewind we’ve gone too far’, that tune tells us over and over again, as it semi-ironically mourns the loss of one form of entertainment technology as a new one swiftly takes over. And even if you don’t remember the words to the song, you may very well recall that the music video for it was used to launch MTV to the world in 1981.

Nearly thirty-five years later, the video for ‘Digital Witness’ tells its own story of digital — and implicitly psychological — change. St. Vincent herself, with her candy floss hair, is the central focus, always drawing our attention despite the fact that she never looks directly at us. Instead, she looks just off and above camera, like someone watching a tv screen at a bar while they half carry on with conversation. The eerie, de Chirico-esque landscape she travels through is colorfully vivid, but weirdly devoid of human agency or vivacity. There’s a gently, if beautifully, lobotomized feel to the aesthetic, and presumably one that’s not incidental to the title and lyrics of the song. And while I should say that I don’t fully agree with the idea that technology turns us into drones, it’s still an argument that’s worth making.

As a historian of emotion there’s no doubt in my mind that technology is changing us, in potentially fundamental ways, but I don’t necessarily see that as intrinsically bad — just something that we need to keep a firm eye on, and not one that’s partly askance while we do something else. If anyone wants to read more about the study of the history of emotion — without which ‘there will be no real history possible’, the great Lucien Febvre suggested — then have a look at a review essay of the field I wrote a couple of years ago. Please wish me luck as I move into the final stage of revisions, and look for more posts here later in the year!